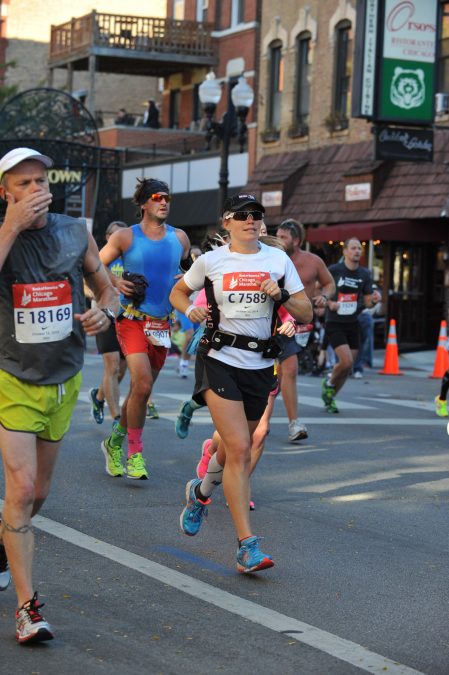 Prior to July my goal was to use this race to qualify for the Boston Marathon (for my age that would require me to run 26.2 miles in less than 3 hours and 40 minutes).  I hadn’t run a stand alone marathon (ie not attached to a 3.8k swim and 180k bike)  since the NYC marathon in 2009 and I needed a BIG reason to want to train for and run one again.  In July I developed an injury in my right foot.  I had completed some great races this year already setting a new personal best at the Chily Half Marathon and the Sporting Life 10k.  I’d come in 3rd in my AG in Woodstock and 4th in my AG in the Welland half-iron distance triathlon with a huge PB in that distance.  Seemingly out of no where my heel started to ache and walking became challenging.  Runs would leave me limping for a couple days.  It became obvious that I was not going to be able to train the way I needed to to get a Boston qualifying time in Chicago.

I was unsure about what the injury was.  It was suggested that it was a bone spur and  nerve impingement; the diagnoses were different.  I took time off, even chose not to race the TTF.  I resumed running short runs though I was still in pain post run.  With a lot of treatment and some gait re-training and a very unique training program I pushed through.  5k runs became 10k runs and 10k runs became 15k runs.  By the end of the summer my long run reached 25k and I was running 45-50+k per week over 4 runs (pretty high volume for me, even un-injured). I accomplished some pretty crazy training efforts, perhaps even more crazy than some of my training for Ironman.  My new goal was to finish the race.  I wanted a personal best in the marathon distance (sub 3:56) so that I could cross the 3rd PB off my lofty goal of setting new PBs in all my running distances.  Secretly, I wanted to cross the line in 3:49.  We need big goals!

And then it happened.  5 steps before completing my last run prior to the Chicago marathon I fell.  I had rolled my ankle on Michigan Avenue 5 steps from finishing my run.  How could this happen?  Not again?  Was I doomed to repeat my first BIG marathon ways when I tripped in the Amerstdam marathon just 300m into the race spraining my ankle so badly that I needed to be carried off the course.  People were right, I had no business training for this marathon.  These were just some of the thoughts that flooded my head at 7:55am on Michigan Avenue.  There I sat, in disbelief not knowing if I could make it to the start line.

With much support from Nate and others I iced, I rested, I iced and I rested the rest of Saturday.  If we had to go out we took cabs, even if we were going a couple blocks.  I wore my compression sock for support and I rubbed in voltaren and traumeel as much as I could.  But I could barely bare weight on it.  I went to sleep hoping the swelling and pain would reduce. This was the first time before a race that I didn’t want to race.  I love racing and I had no desire to try to compete.   I woke up on Sunday in less pain, but with an ankle the size of half a tennis ball. I tried not to think about it.  Nate and I walked to the start line, though I was still uncertain that I was going to be able to do this.   At the line and not a step before it I started running.  So much for all my gait re-training, this was not a natural running gait.  But I kept taking steps forward.  After about 5k my foot loosened up and I was picking up the pace. 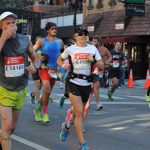 You can not rush a marathon.  I like to use mental tricks to keep me motivated and focused but they weren’t working.  At 6 miles I tried to cheer that I only had 32k more to go, but that wasn’t really reassuring.  At 10miles, I thought wow, Im at 16k.. Still no help.  Half way I was thinking that’s great, only 21k more.   I was not focusing on time, but at the half way mark I thought I would be within reach of sub 4 hours.  At 25k I remarked that I was now in uncharted territory for my previously injured foot. And then something happened.  My right foot (not my sprained ankle) locked up.  It was like a rod going from the top of my foot through the ankle into the heel.  I stopped to adjust the tongue on my shoe, but that wasn’t the issue.  I walked a little and tried running again but the pain was too intense.  I tried loosening my laces and adjusting my sock, but if felt like my joints were locked.  I managed to keep walking and running but remembering all the wishes of good luck the day before (no one really knew about my ankle).  I tried telling myself as I have many times that pain is just a sensation, and tried to run harder, but my foot was too sore.  With 2 miles to go I made myself run (albeit slowly) and not walk until after I crossed the finish line.
I made it to the start line, and I made it to the finish line.  I was greeted with so many mixed emotions crossing that finish line.  I had finished with a personal worst time, but I had finished.  I hadn’t given up, but my time was not indicative of my fitness level.  But I had finished and persevered and never gave up that I was completing my 4th stand alone marathon on Oct 12th, 2014 in 4:17.  I finished and despite posting my worst time on this distance I am so proud of the achievement. 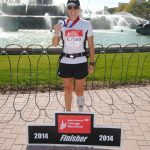 With much thanks for keeping me healthy and on track and never letting me give up on myself:
-Those that attempted 3-4 hour multiple brick sessions with me

And everyone who offered me kind words of encouragement before the race – you keep me moving forward through those 26.2 miles! 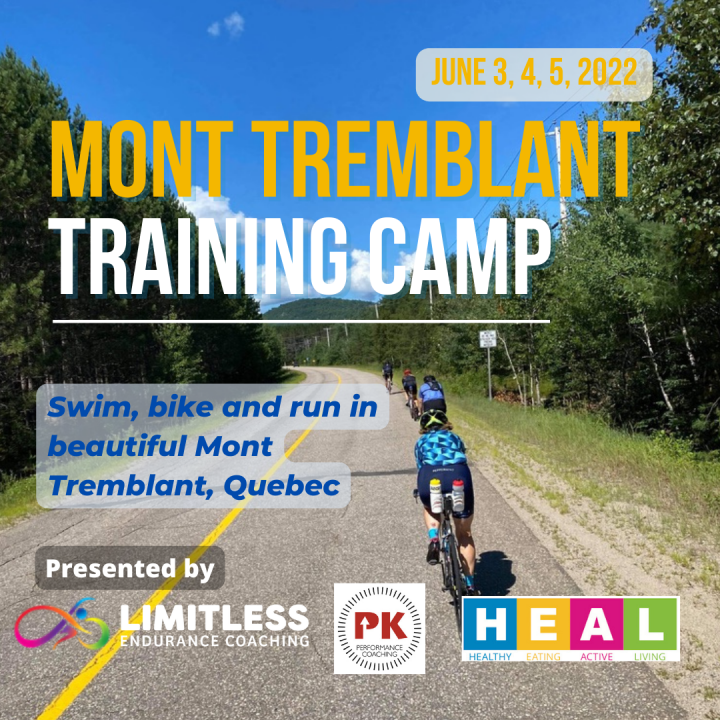